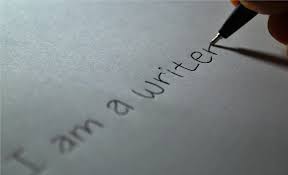 Every now and then my writing just stops.

Whenever I have talked about it before on this blog it has always been in the past tense. Normally, I’ve had a breakthrough and the ability to create a story has come back.

Right now I am smack bang in the middle of not being able to write a word of my novel.

It is the most frustrating feeling in the world; I’m sure there must be a word in some language out there to describe this sort of frustration.

I have the desire to write, but too much doubt to let me because I keep having false starts. I’m more stressed and tense than normal because writing relaxes me. And worst of all I have too much on my mind because my story is in here, but it isn’t coming out coherently.

Essentially imagine you are stuck at the the front of the queue at the grocery store and the people behind you are shouting at you to get on with it, but you can’t because the self-serve machine keeps telling you there is an unexpected item in the bagging area when everything in there is expected or there’s nothing there; the screen keeps freezing and you have to start again; and then you put the wrong PIN number in.

Wait I am describing a scene from Sherlock? Probably.

Well not being able to write feels like that; except the voices I can hear shouting are my characters wondering when I’m going to get on with it already. I want nothing more than to just shout and storm off, except writing is such a massive part of who I am it would be like trying to walk away from sleeping, eating and drinking.

Hopefully I will get to have my breakthrough soon because I’m referencing Catullus now; clearly I’m having problems with originality at the minute.

Which probably explains why I’ve been contemplating writing a book called ‘The Importance of Erna’.

(Go ahead roll your eyes, I did when my frustrated brain came up with that title)